Outbreak of DIV1 in China

The virus, known as Decapod iridescent virus 1, or DIV1, was first detected as early as 2014, but came back with a vengeance last spring and again in February, affecting about a quarter of the area under shrimp production.

The spread of the disease, has left the shrimp industry in Guangdong concerned it will face mass deaths of a similar scale to the African swine fever crisis, which wiped out as much as 60 percent of China’s pig herd. 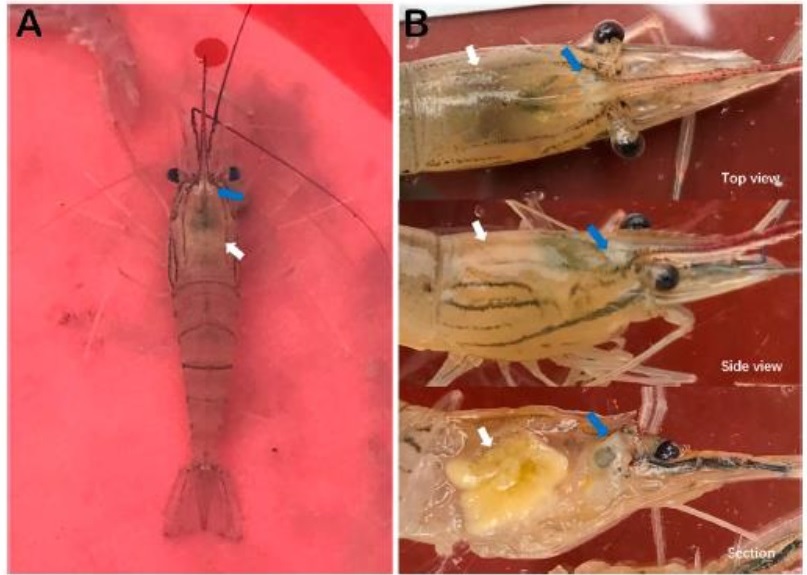 Figure A shows white plaques at the base of the frontal horn (blue arrow), Figure B shows hepatopancreas atrophy, and the color turn into yellow (white arrow). (Qiu.et al., 2018)