Growth in crustaceans is not a continuous process. Decapod crustaceans must first loosen the connections between their living tissue and the cuticle. Then they must move out relatively rapidly from the confines of this cuticle, take up water to expand the new, flexible exoskeleton, and quickly harden it so it provides protection and support for locomotion. 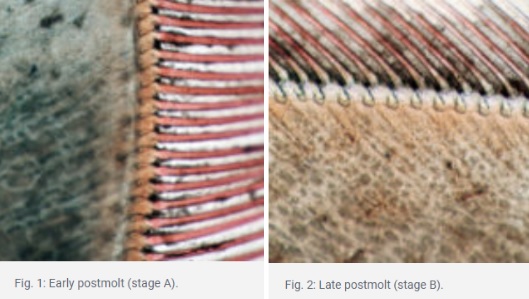 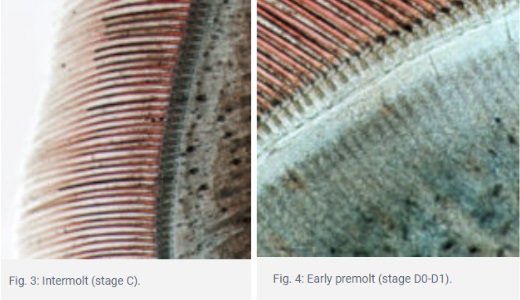 At the D0-D1 stage (Fig. 4), the pigment retracted from the bases of the setal nodes, leaving the old cuticle. During D2-D3 (Fig. 5), the new developing setae were observed. Stage E, the actual shedding of the exoskeleton, occurred at night in less than one minute, which made it very difficult to find animals in this molting stage. Fig. 6 shows the new setae that were extruded from the matrix. 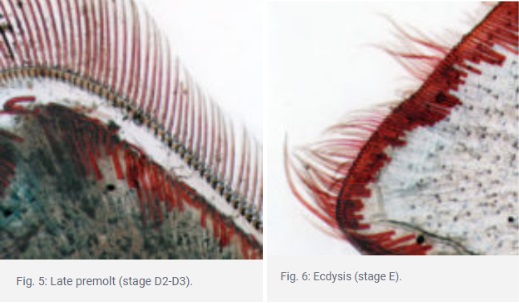 Source: The article was originally published in the October 2003 print edition of the Global Aquaculture Advocate.